This blog isn’t quite going to turn out how I expected it to, because our weekend in Tenby did not go how we’d planned. In fact, it actually involved one of the worst experiences of my life. Every dog owners worst fear is something happening to their dog and them not being in control, and during the weekend, this happened to us.

We went to Tenby as James was taking part in some of the Long Course Weekend (a triathlon across a whole weekend), which hosts a swim on the Friday evening, bike ride on the Saturday, and Run on the Sunday. 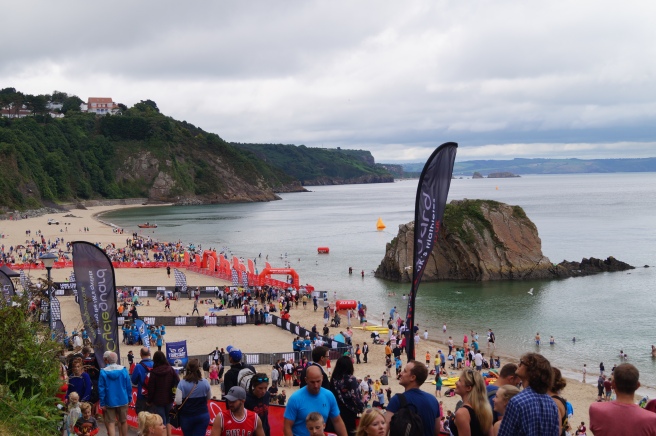 It all unravelled on the Friday evening though. We went down to the swim start and could not believe the amount of people in town ready to support the athletes. We walked down the steps to the beach and found a bank to sit on and watch the swim from (dogs aren’t allowed on the beach at this time of year). Fudge got unsettled by some drummers on the beach, so we decided to go for a walk and come back when they had finished, by which point James and the other athletes were at the at the start on the beach. When it was time for the athletes to enter the water, they had a countdown and then they set them off with fireworks, which we weren’t aware of and had we known, would not have come to watch. At this point Fudge panicked and bolted, I tried to get away with her quickly but the crowds got in the way and she managed to slip her harness and dart up the steps. I ended up spending the next 5 minutes running frantically around town, across roads and through the busy crowds trying to piece together where she was seen and which way she went, however I soon lost the trail and didn’t know where to go next. At this point my phone rang and some lovely people told me that they had found Fudge! I waited, pacing up and down, whilst they walked across town to bring her to me (as I had no idea where I was and how to get to them). It turns out that a lovely young lad saw Fudge running and looking scared, and presumed it was due to the fireworks. She was near a main road and he knew that he needed to stop her so he grabbed her and kept hold. I went back to the holiday park with Fudge so that we could chill out in the van until James returned from the swim as she was still a bit stressed (as was I!), but she seemed to get over it fairly quickly. I am just so thankful for the lovely young man for going out of his way to stop her and get her back to me, there really is lovely people out there!

Putting all that aside, we still had a lovely time over the rest of the weekend. Our holiday park was lovely, it had really nice washing facilities, and lots of places on site to get food and do things. This was our first proper camping experience in the van and we all really enjoyed it, we’re looking forward to going back in September. The holiday park is only a 15 minute walk to town too, so it’s in a really convenient place. The best bit about the park though was the beach. If you walk through the holiday park, and follow the path through the golf course you come out onto a lovely sandy dog friendly (yay!) beach. 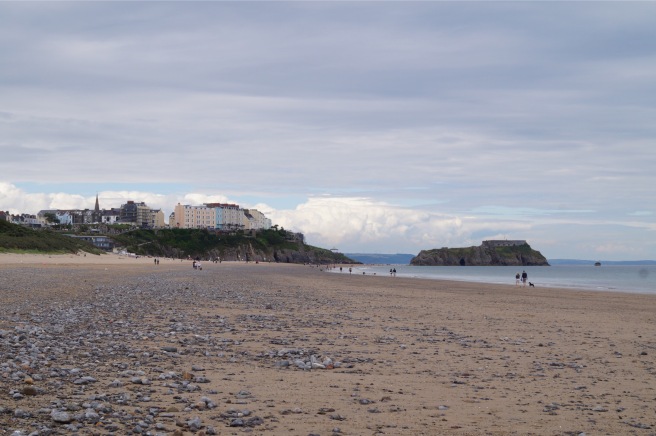 Fudge absolutely loved it. We don’t go on many sandy beaches back home; most of the beaches are shingle or pebbles, and the few sandy ones are off limits to dogs for most of the year. It was nice to be able to let Fudge explore the beach and make new friends with other dogs. She even went for a little paddle on her own accord!

She did pay a bit too much attention to the washed up jellyfish though! 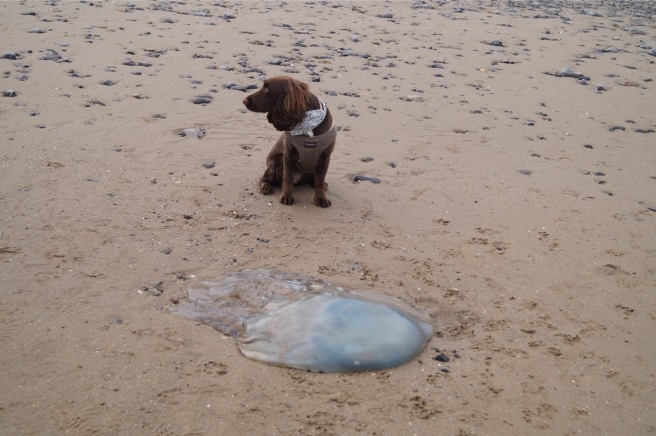 On the Sunday we had free entry to Pembroke castle through James being an athlete in the Long Course Weekend. We got there early and we were the second people in! It is a beautiful (dog friendly) castle and I really recommend visiting if you’re in the area. It did pour down with rain whilst we were there but we still did some exploring and plan to visit again later in the year. 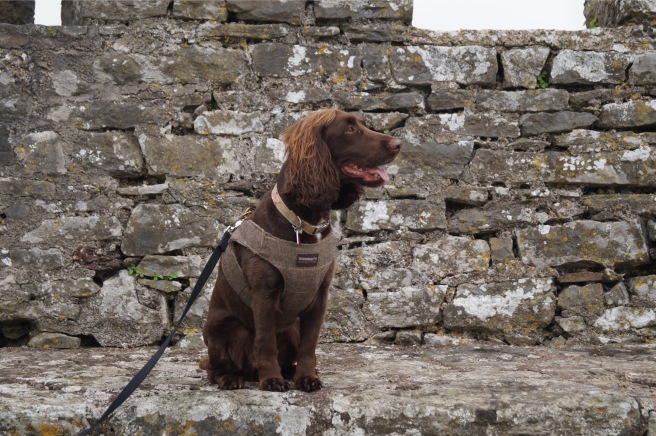 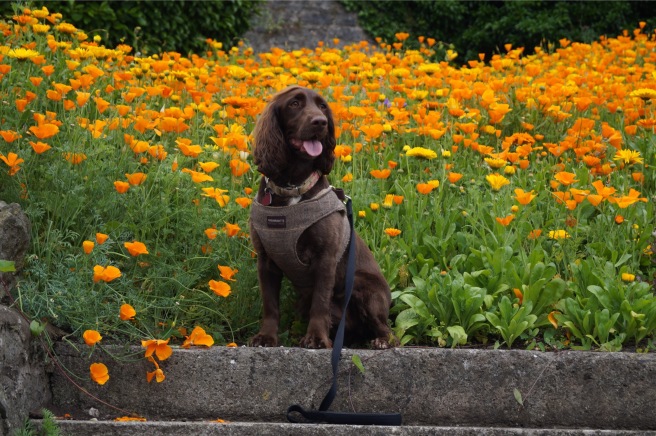 On our way back we decided to stop in to Saundersfoot, as we had been recommended it by lots of people. It’s a lovely busy seaside town, with a welcoming atmosphere. We grabbed an ice cream and asked a local man with his lovely dog where the dog friendly beach area was, which he advised us was the other side of the harbour. The harbour is lovely and picturesque, it even had a few people crab fishing nearby, and round the other side was the lovely dog friendly beach.

There were lots of people enjoying the beach and you could walk all the way round to Monkstone point at low tide. It’s dog friendly all year round and it’s perfect for them; it’s mostly sandy, with rocks, streams, and some rock pools too, so lots to explore.

We’ll be back in Tenby in September for Ironman Wales, and we’re really looking forward to visiting again.

One thought on “Our Tenby Weekend”